Welcome to my news page. Here you will find the latest news on new designs and recently finished illustrations.

A view of Swanage Pier and bay from Wellington clock tower on Peveril Point. The tower was constructed as a memorial to the Duke of Wellington in 1854.

It once graced the approach to old London Bridge until it became an obstruction to the increasing amount of traffic. Eventually it was transported to Swanage where it has stood for over a 100 years. 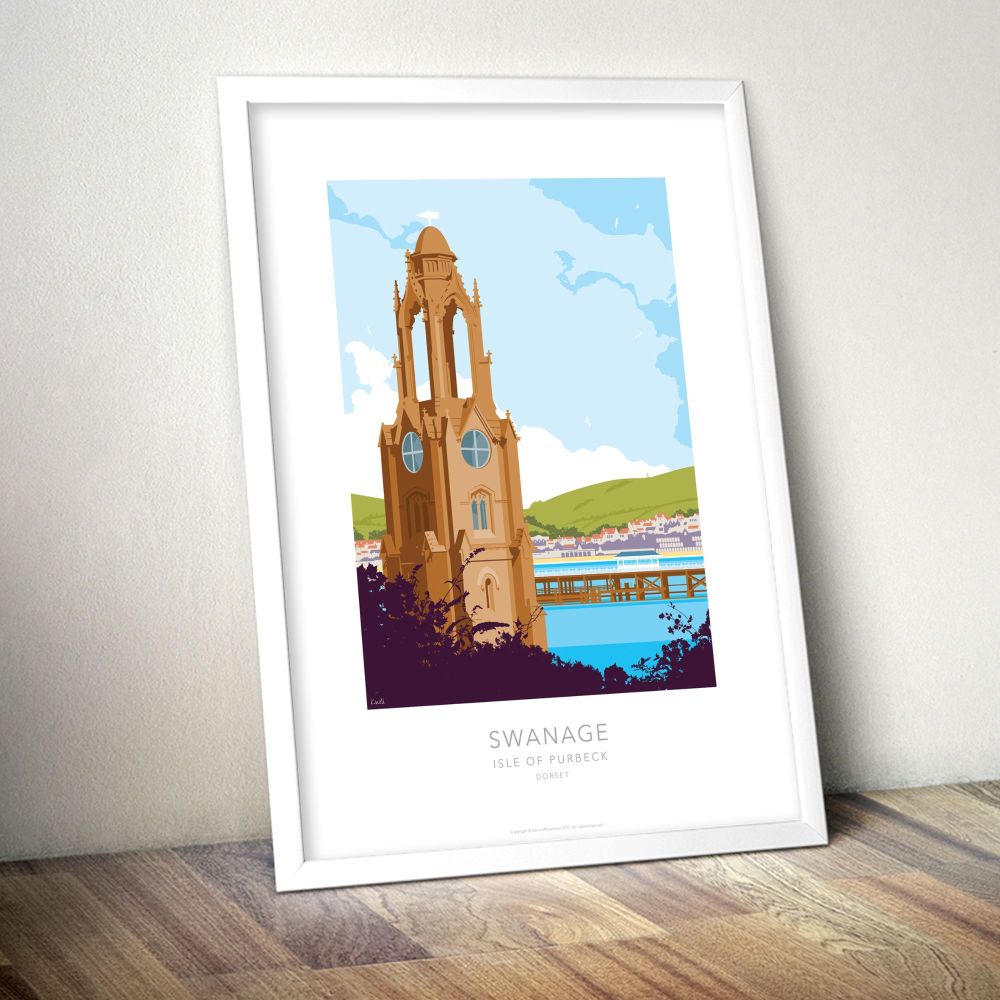